The next step in police video recording, Martel’s police in-car camera system uses 3rd generation  Artificial Intelligence. Additionally, our police car systems are designed in America!
$2999.99 ea. Our in-car video cameras can wireless upload and give your officers alerts or advanced warnings which can save lives.
The DC6 records directly to a SD memory card. 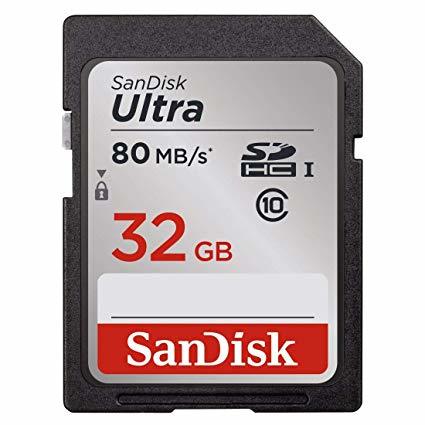 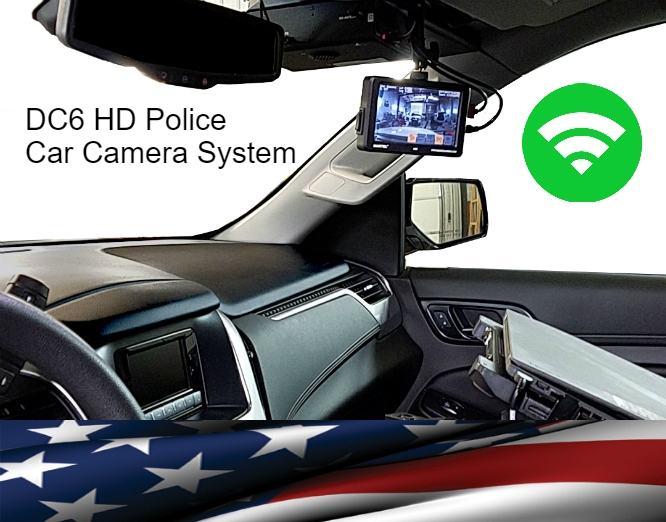 Firstly, the DC6 in-car camera was engineered to be future ready. If you invest in our systems, we keep you updated with the latest firmware and technological advances. Likewise, we are adding more features, constantly. Customers receive automatic updates in the field, ensuring peak functionality and cutting-edge abilities.

The DC6 Police in-car camera system is feature-rich.  Even more, It has every option you can imagine.  Rather than using moving parts, we use solid-state construction and a professional-grade touchscreen.  Finally, the entire video system is only two pieces. It fits in the palm of your hands. Touchscreen user control is very intuitive and easy to operate.

If you have been disappointed in the past, In addition, Martel systems have an average life span of 11.5 years.  The DC6 is battle-hardened.st 22 years. 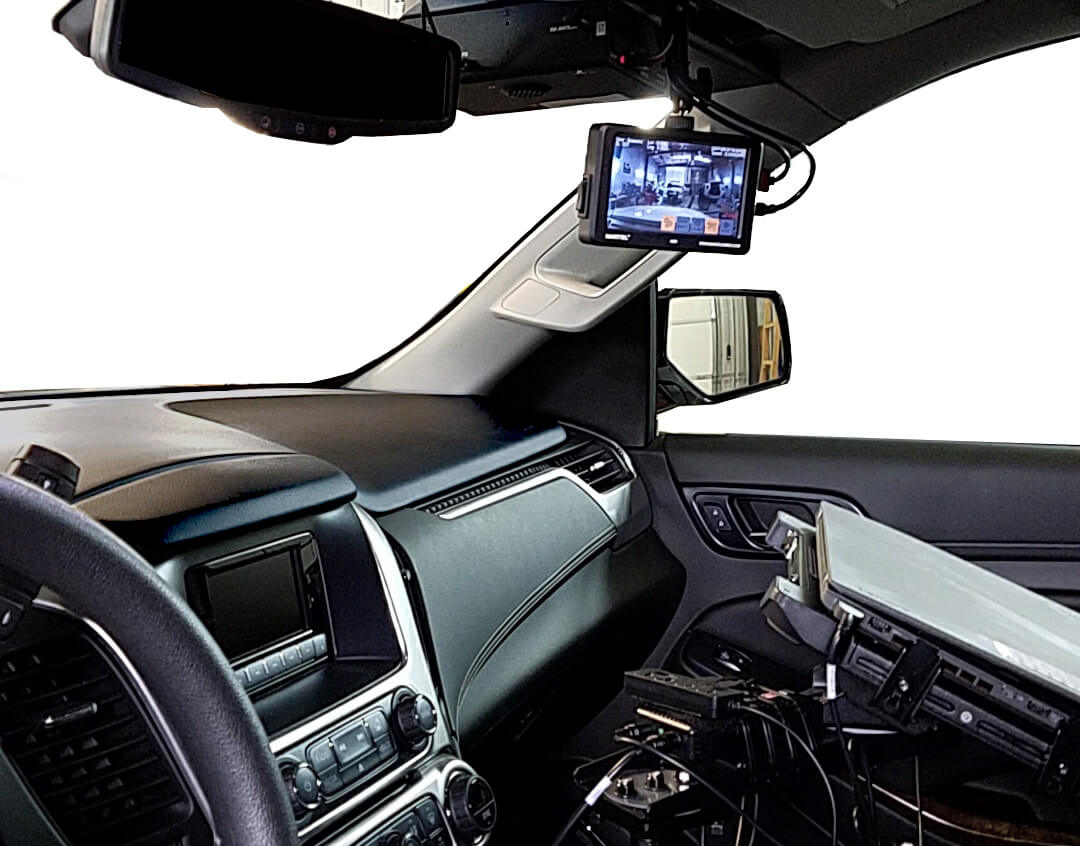 The DC6 not only records the front of the vehicle but utilizes a rear seat cage camera to collect evidence during transport. Likewise, it’s ready for any law enforcement situation.  Engineered for heavy police use.

Simple touchscreen controls,  wireless video uploads, and a wide-angle 130-degree camera allow the DC6 to far exceed the usability and specifications of competitors. Even more, features are fully integrated and planned for the future. Make the right choice. 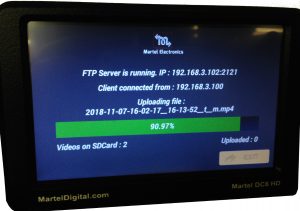 Our wireless automatic video uploading software can run on your police station existing computers. Our software is not proprietary and can run on any windows computer or server. No need to buy new computers or expensive servers.

Videos are quickly and automatically uploaded via Wi-Fi from the vehicle to evidence servers at your station. This is completely automated, with no officer interaction. This ensures the chain of evidence.
Automated Police Car Camera Wireless File Transfer
The DC6 HD In-Car Video System features built-in Wi-Fi that allows video files to be automatically uploaded to your evidence storage location when your police cars pull within range of your private wireless network. Therefore, no need to manually remove a memory card to retrieve your video files. 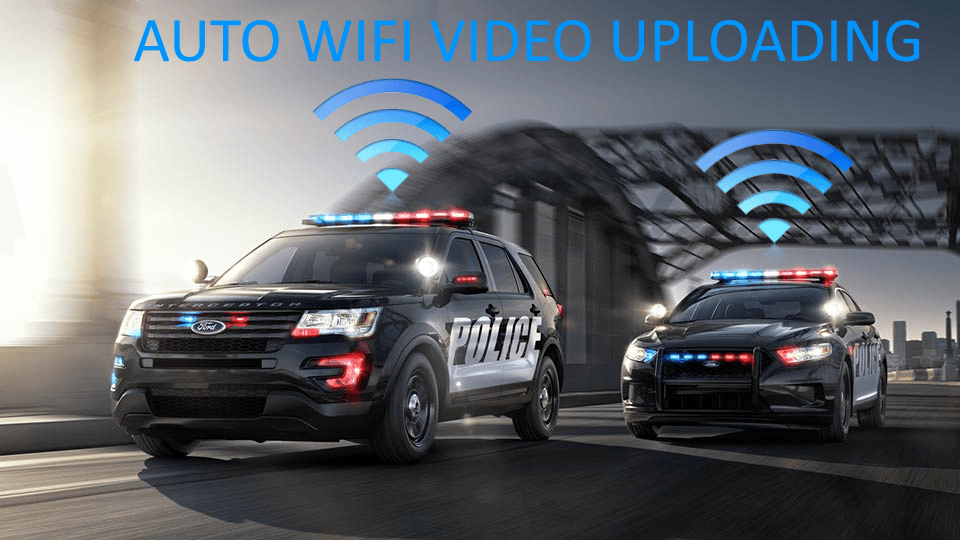 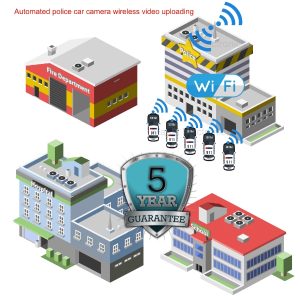 The vehicle with the DC6 in-car system pulls up to the police station.  At this point, the police in-car camera system automatically connects to an 802.11AC wireless network.  The in-car video camera sends a password to the wireless receiver located in the police station. Finally, the encrypted video files are moved via Wi-Fi to a computer in the station.

You never need to worry about data loss, as the system verifies the integrity of the video transferred to the station’s computer. This means no lost videos due to Wi-Fi errors or signal loss.

Also, the DC6 is equipped with over 11 antennas.  Consequently, capable of offloading 2 Gigabytes of HD 720P video in 4 minutes.

FEATURES THAT MAKE THE DC6 THE DOMINANT CAMERA SYSTEM IN AMERICA

22 years on the roads of Afghanistan and Iraq have battle-proven our police car camera system.  Furthermore, it handles things like dirt, heat, rough roads, and heavy-handed personnel with ease. 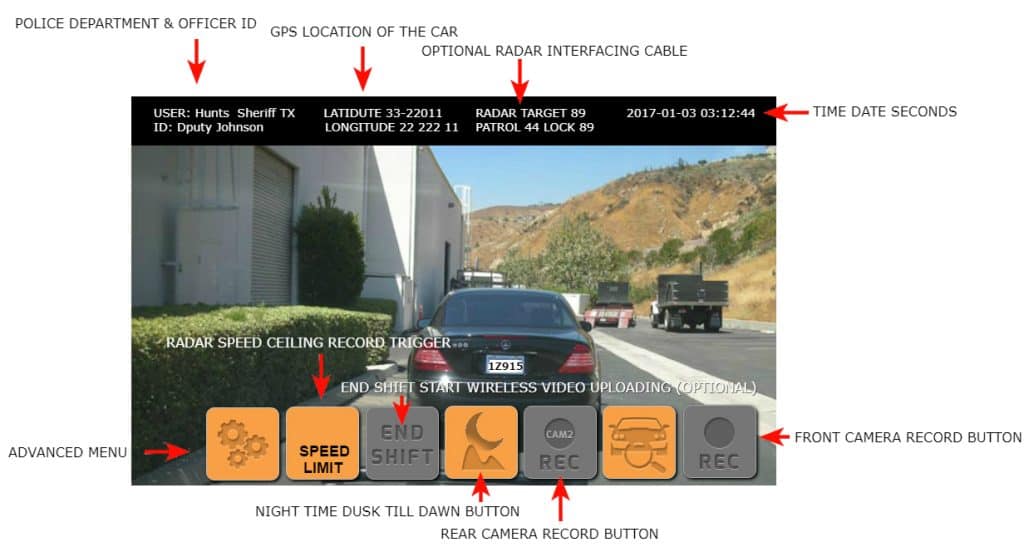 From here on, you will want everything you used to have a touchscreen. The officer sees everything on the screen with intuitive buttons. There are no old-fashioned buttons that can break or wear out due to usage, especially Chinese buttons. Designed in America touchscreens avoid all these problems. The Touchscreen on the DC6 HD is ultra-reliable, making it unique in the world.

Headliner/Dash/Interior Light-bar, Console. So small you can mount it anywhere in your cruiser. 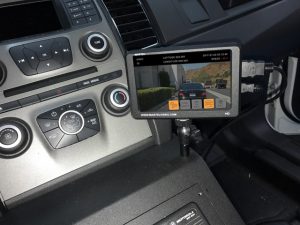 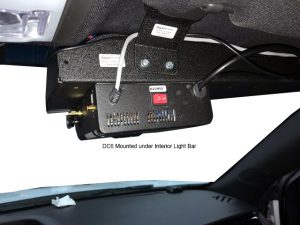 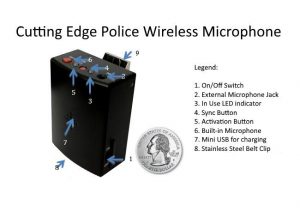 For over 23 years we have been producing the most durable, secure and consistent police wireless microphone.  It has an industry-leading distance of over 2000 Feet.  Another important feature of our wireless microphone is its high fidelity sound. The voice clarity is CD quality.  Presently it uses the 2.4Ghz frequencies and has 99 frequencies that it’s hopping continuously.

Experience, tradition and customer service has made Martel police camera systems the right choice for your department. Let us show you the difference between American engineered battle-tested systems. Martel has been in business for over 60 years, so we will be here for you! 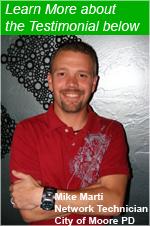 First off I’d like to say that Martel Products are the best. I have ever had the pleasure of working with. I have been running Martel police cameras in the patrol cars for over a year now.

The Server install was probably the toughest part of the deployment. After that was setup and running, we have had zero problems out of it. That is what I like about using Martel, once it is setup and running it’s all automated.

I have spent very little time in the past year having to troubleshoot or repair their product.  Our IT department consists of myself. In addition, another IT guy to cover support for the whole city.

The product that is automated and trouble-free. It is worth its weight in gold if you ask me.  They have made it simple to use and simple to maintain.  Another great thing about Martel. Their server software does not require any extra 3rd party software, such as SQL or anything like.

Also, you just point the directory you want the videos to be uploaded. Then it is ready to be burned to disk for evidence in the courtroom.  Finally, their Customer support is top-notch, very knowledgeable about the products they sell. I have not had to call on them a lot.  In fact, I think I might have called twice during my year of constant use.

I look forward to continuing using their product.  In addition to Keeping my setup updated and maintained.  Therefore, overall I would give them 5 stars !! Excellent job Martel.